KS0035 - Court of The Fisher King, Knights of Corbenic

Comments: The Court of The Fisher King has been a 2 year labour of love for me. I wanted each and every knight in the force to be a unique character full of conversions and quirks.  The knights hail from an oceanic deathworld known as Corbenic which has very few natural land masses - all populated areas of the planet are located on titanic artificial structures which sit above the tumultuous seas.

The planet meets the Emperor's tithe in two ways; with natural resources mined from the sea bed and enormous hauls of sealife to feed nearby armies of the Imperium.  Despite its industrialisation, the planet of Corbenic is not entirely safe for its human settlers, for the depths are home to some of the largest aquatic lifeforms ever recorded by mankind.  These voracious predators are always a threat to mining operations and have even been known to snatch unwary workers from jetties along with cargo haulers full of fish.

The Knights of Corbenic patrol the oceans and shorelines as well as assisting in specialist mining operations.  They even take part in ritualistic hunts to slay legendary creatures which stalk the depths...

Each of my knights is presented here along with its Knight Scion pilot; each of them represented by a miniature on foot.

If you'd like to see more of my knights including WIP images, head on over to my blog! http://kaijucountry.blogspot.co.uk

The Court of the Fisher King in all it's glory. 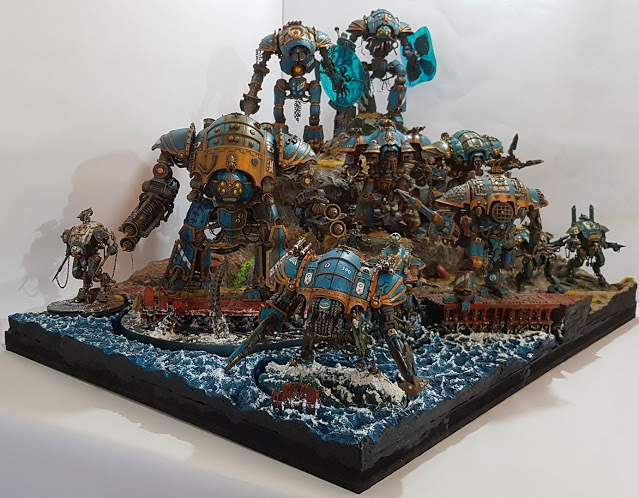 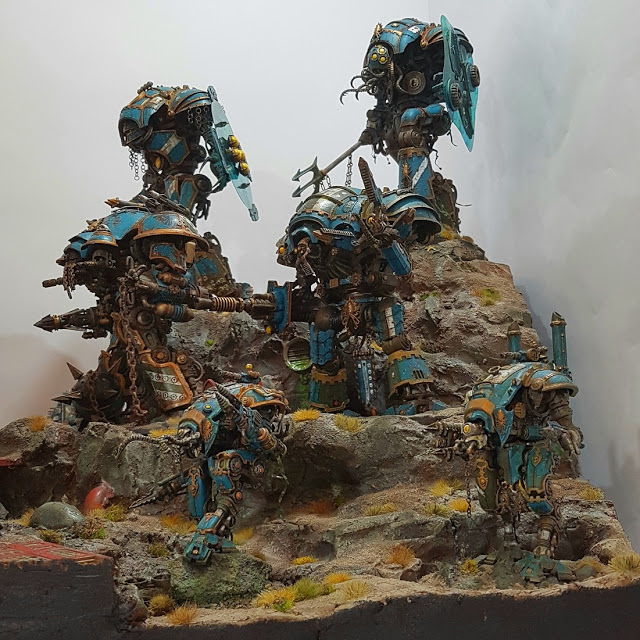 Goddenzilla decided to retrospectively work on a display board to enter Armies on Parade! 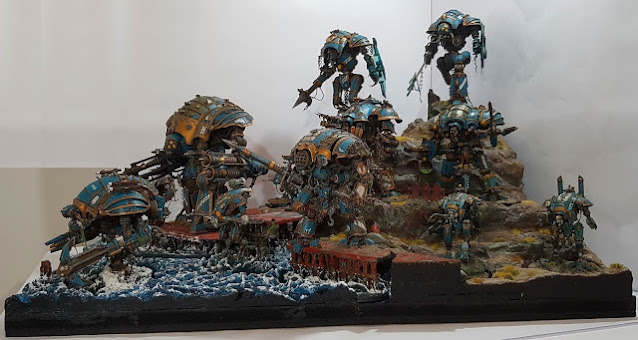 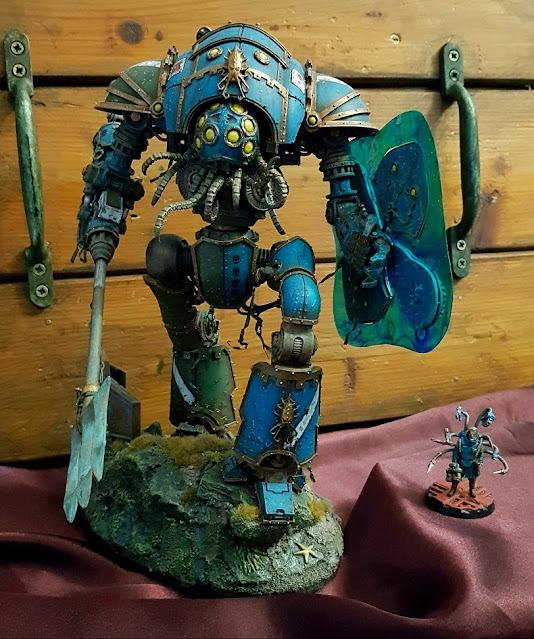 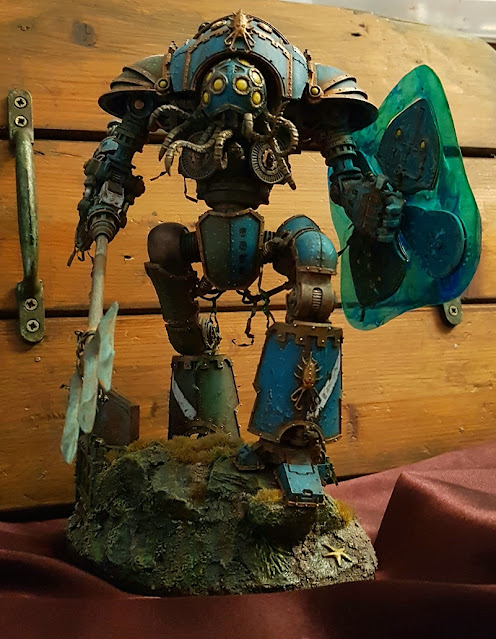 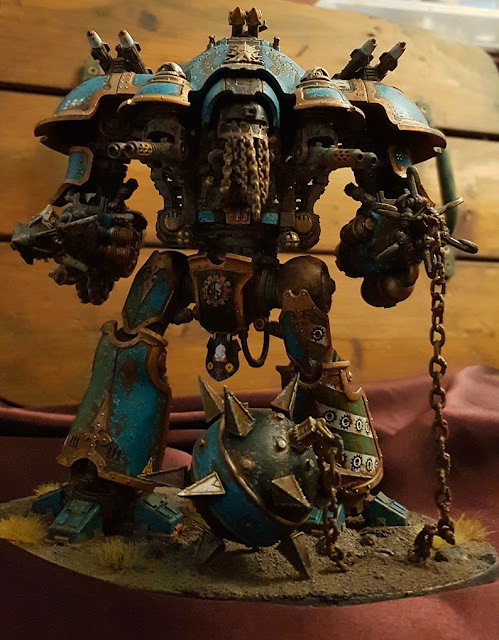 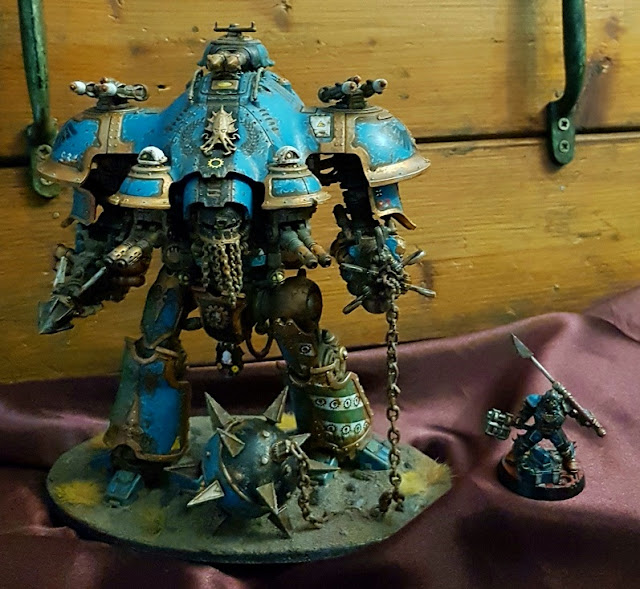 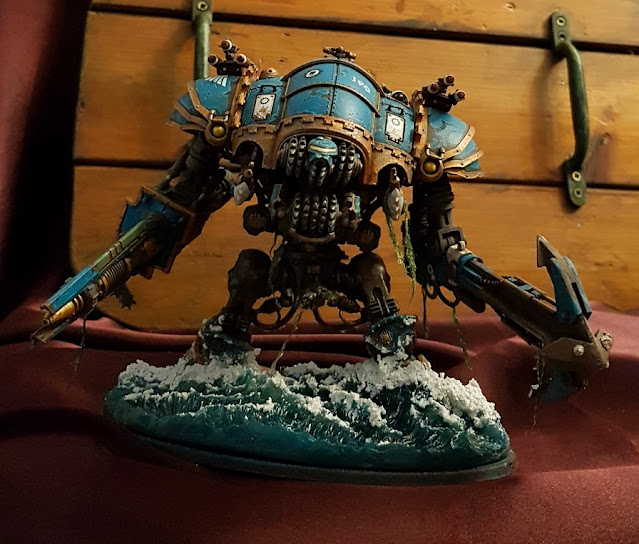 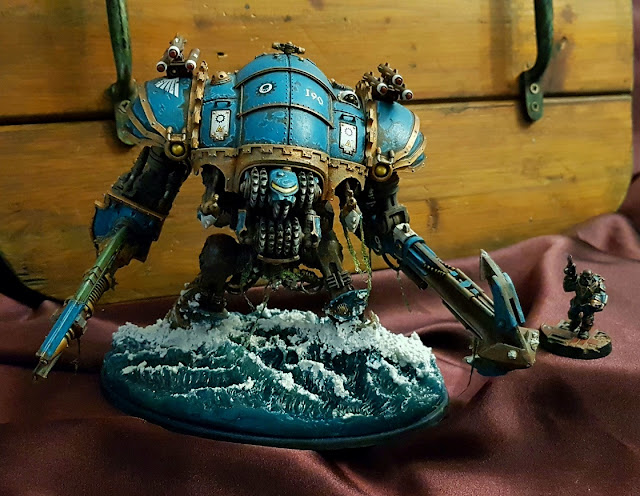 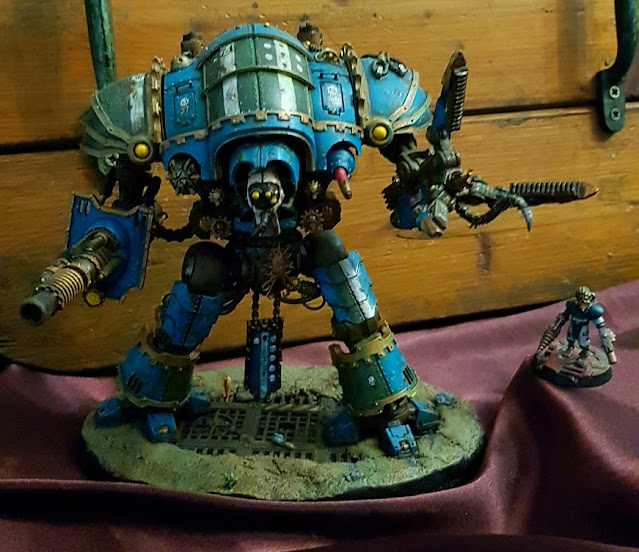 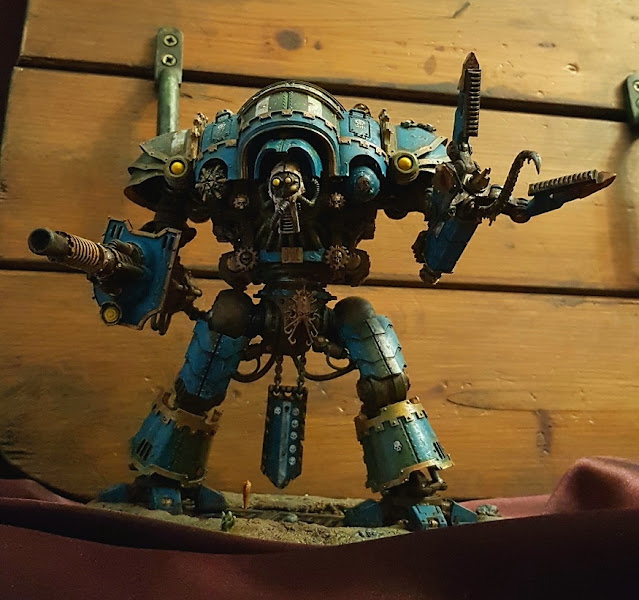 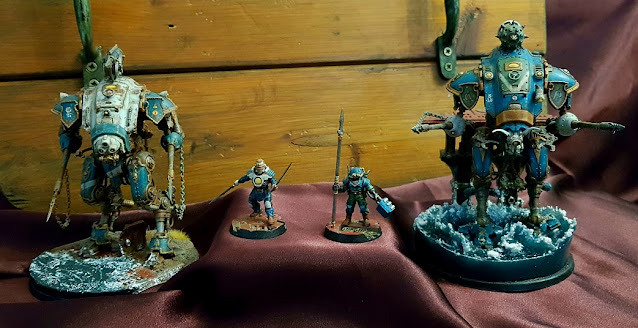 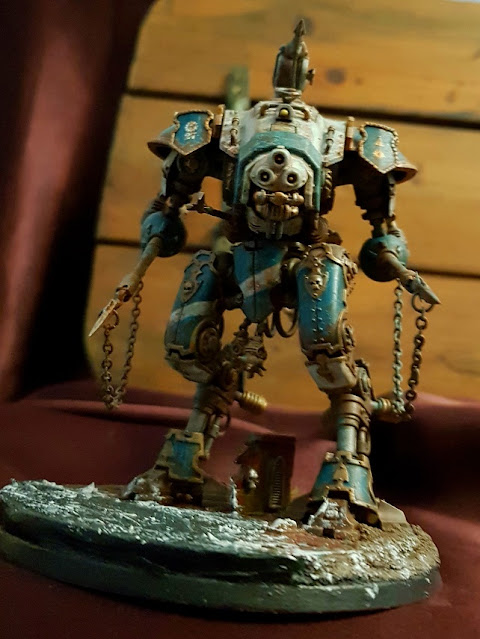 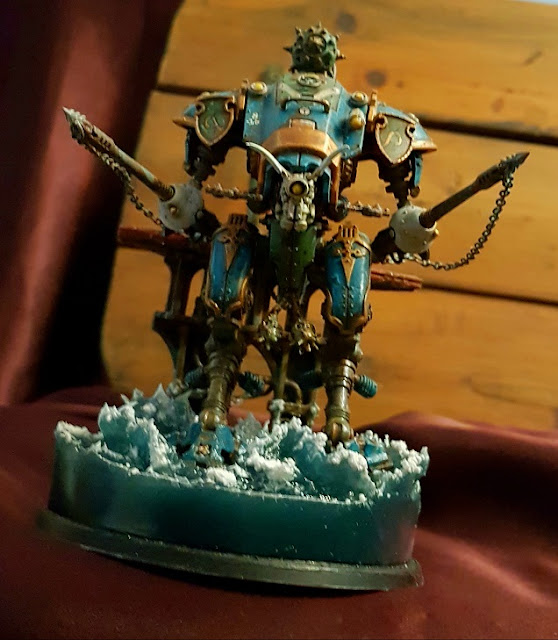 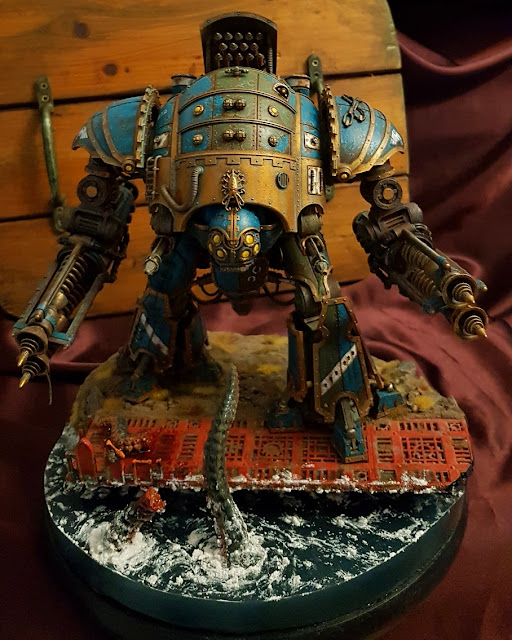 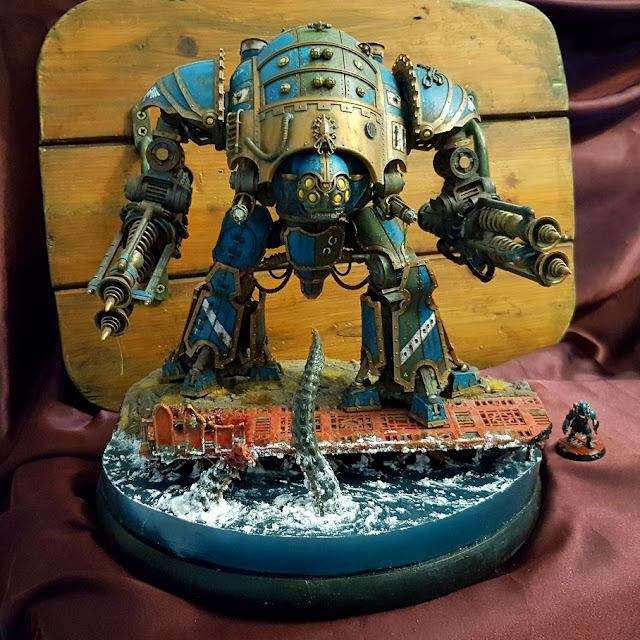 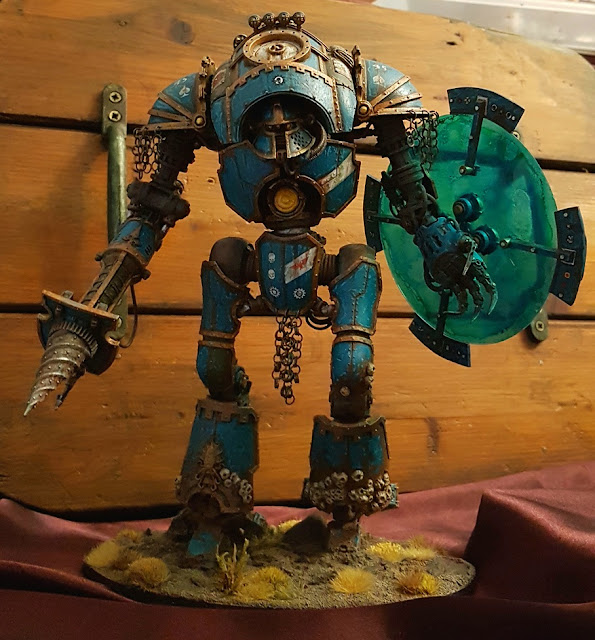 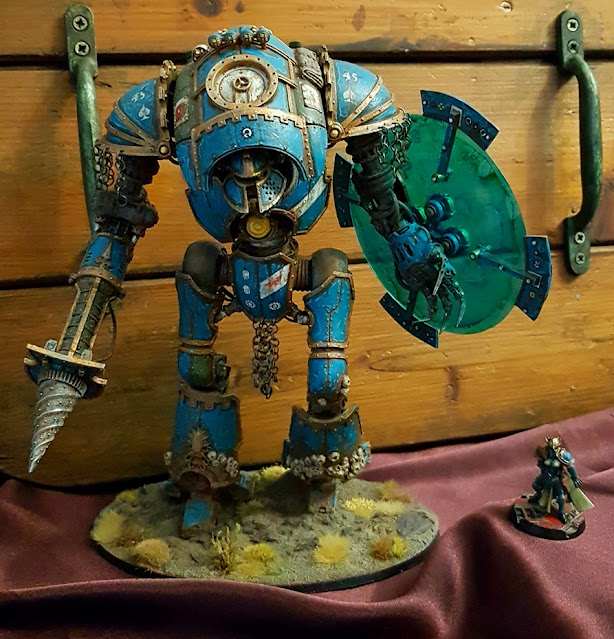 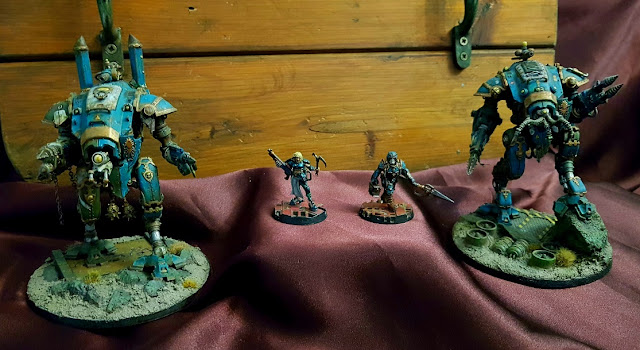 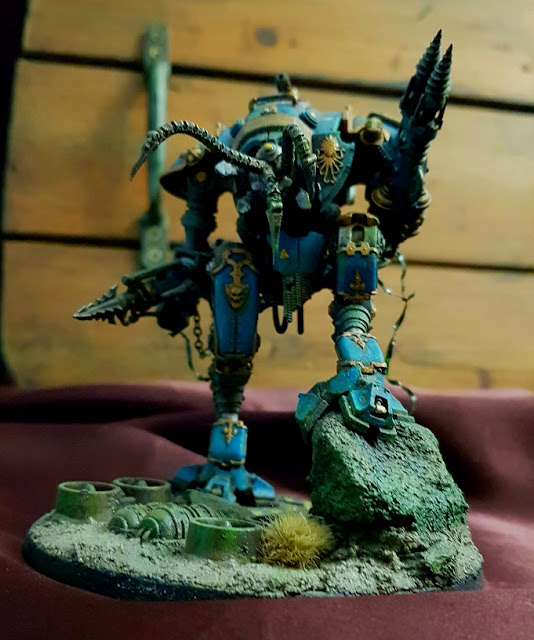 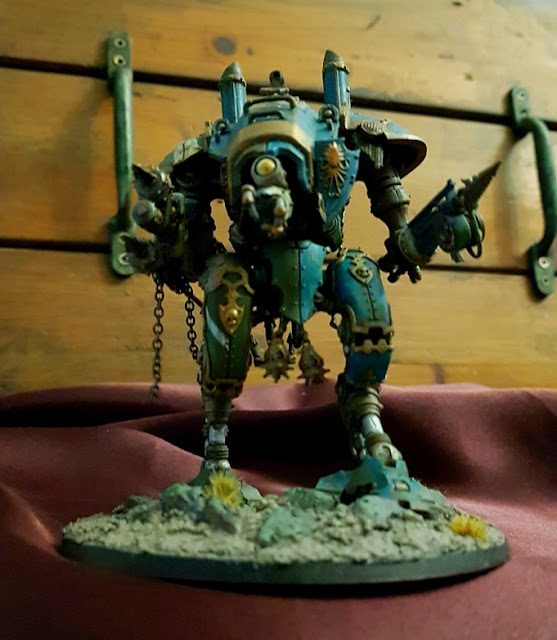 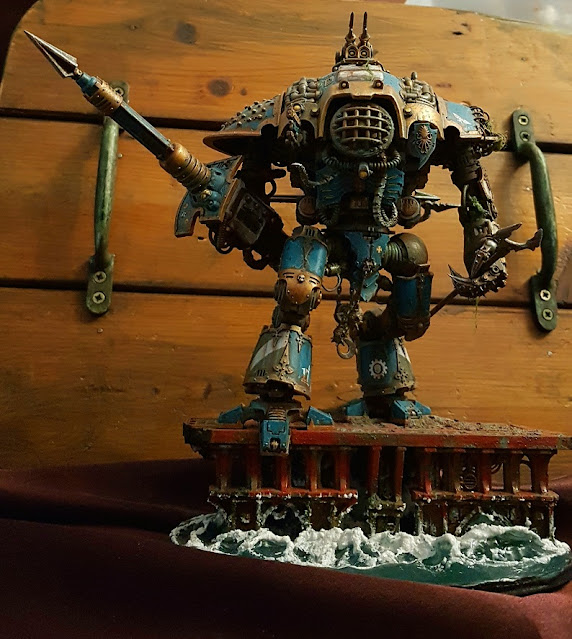 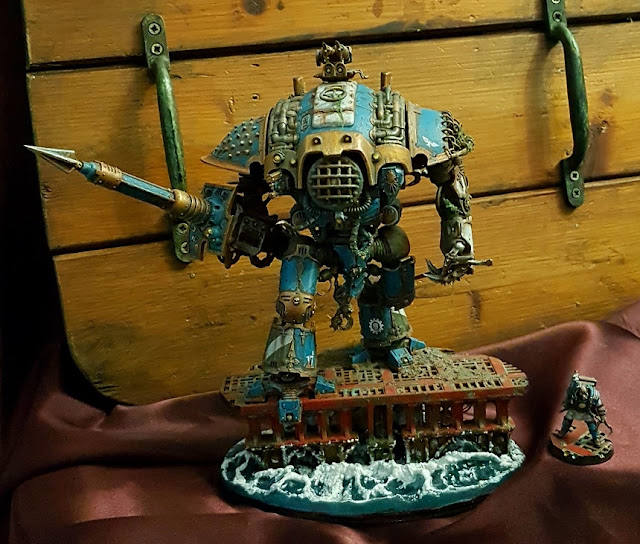