Dan has emailed a decent update through, have a look:

So after sitting on my desk for 2 years, I’ve finally made progress on Noctis Lupus. Noctis Lupus was originally going to be a Tempestus titan, because I love the HH book Mechanicum, but once pictures of Legio Defensor dropped in AT18s book Titandeath, I just couldn’t resist. The colour scheme just looks amazing in my opinion and it really inspired me to bring them alive in 28mm scale. (And by inspired I mean, I airbrushed the armour panels then left the titan untouched for another year

So without further ado here is the progress since first adding Noctis Lupus to the site:

I started mainly back in April 2019, with building the legs, I was attempting the copy the image on Forge World’s website and thought I had pulled it off quite well until I realised that I had completely forgotten about the pistons on the waist, which turned out to be far too short! Thankfully you don’t notice them unless you look straight at them, and given they’re at the back of the titan, I was OK to move ahead with it, as I didn’t really want to break apart some legs that had just been glued. 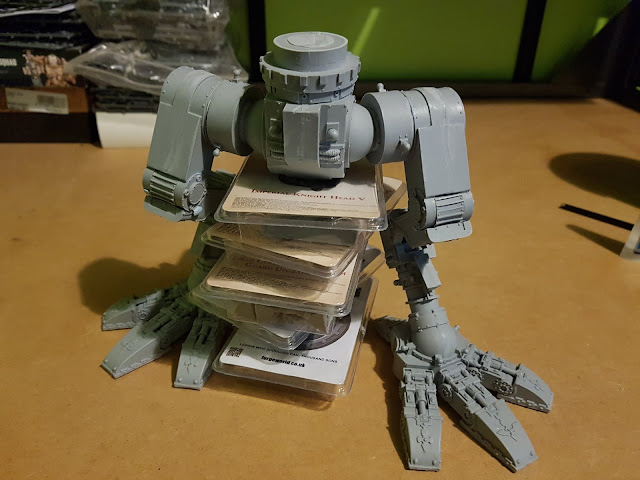 As you can see from the three pictures below, I had started with the basics of getting the blue down on the Titan, as this was a relatively quick process, and also attempted the chequered pattern on one of the smaller armour panels, which actually came out quite well. It was then around this time that the titan got left behind for other projects. (Which turned out to be a good thing in the end…) 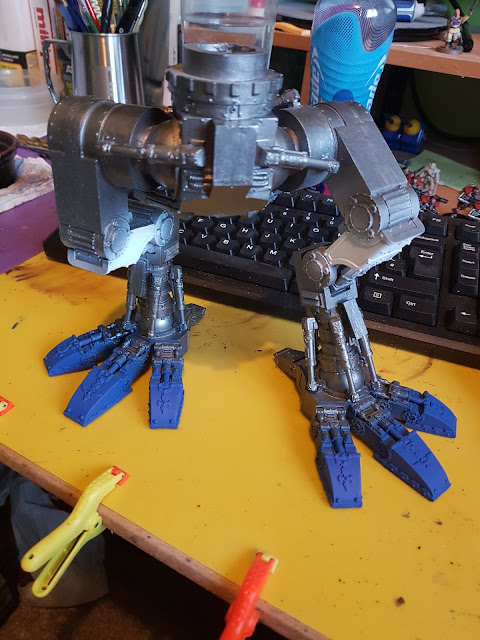 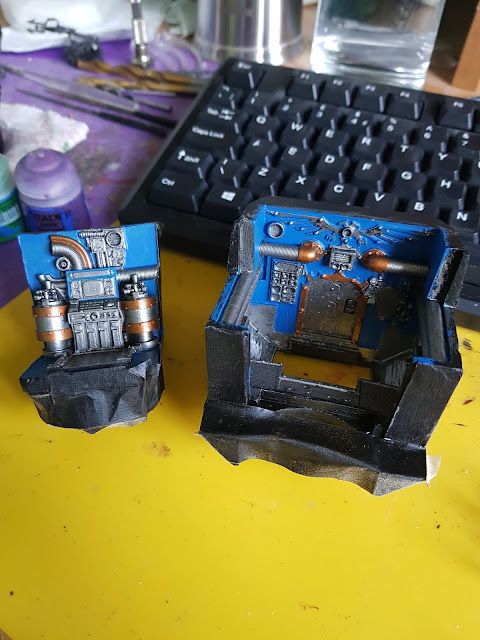 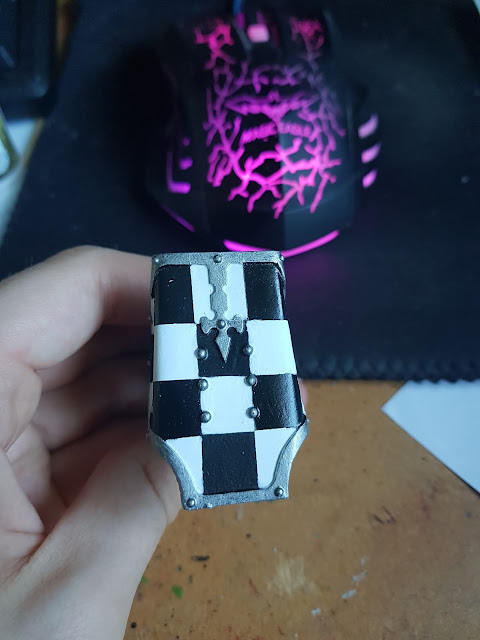 Months after this, AT18’s book Titandeath dropped, which I originally was staying away from, as I wanted to focus on the larger titans rather than their smaller counter parts, but images started popping up in groups about the Legio’s that were included and that’s where I saw Legio Defensor. Trying not to sound melodramatic, but I was taken away by the scheme, it was like something had just dropped into place and all I could think was, “I have to do that!”.

So out came the titan again, but unfortunately I experienced what many owners fear, when I got the Warhound out storage, the legs collapsed on 3 of the joints that had been glued. I could now see that I hadn’t put no-where near enough glue down in the joints and it was a wonder it had held together at all while it was being airbrushed. Trying not be too disheartened about this, I took advantage of the opportunity and discovered that I found it much easier to paint the legs while they were apart. So I cleaned the glue up and started working on the details before gluing the legs back together again. 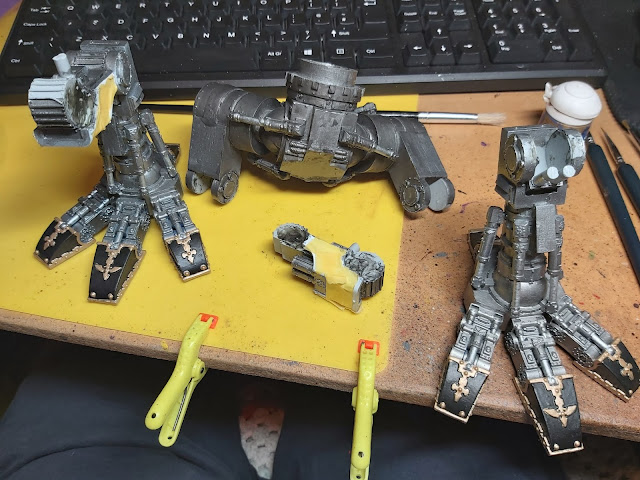 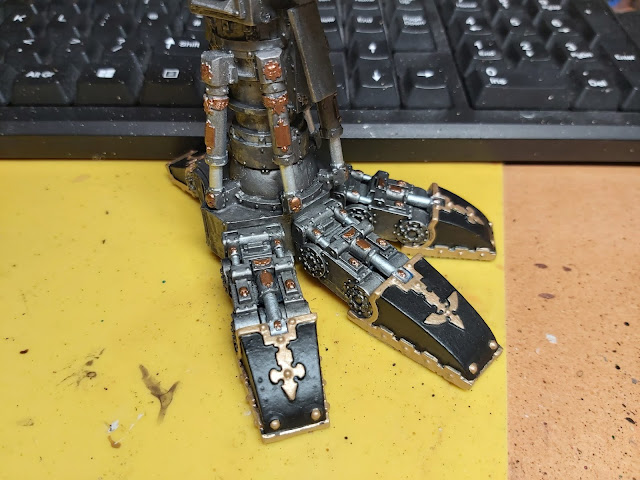 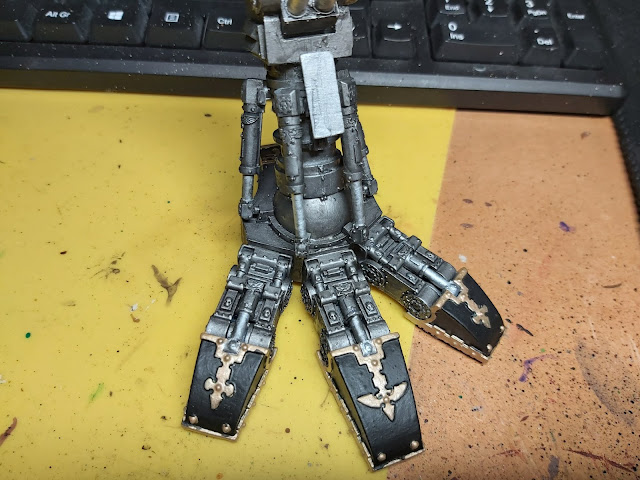 And finally once the legs details were completed, I reglued them back together. This time, pinning each of the joints and also adding far more glue than last time. Now they shouldn’t fall apart again! 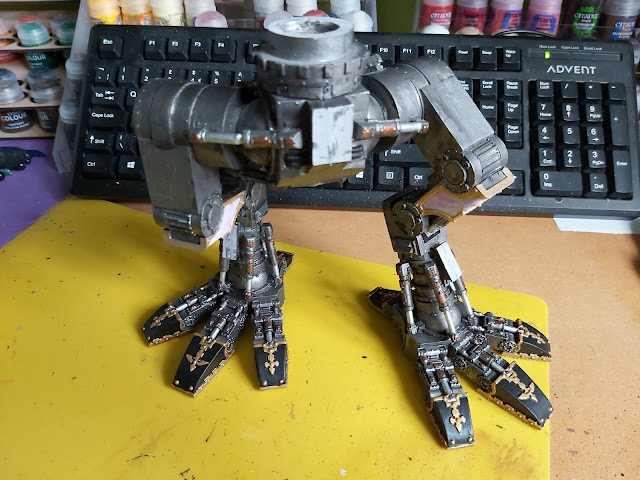 As you can see, the Legio Defensor colours have started to be introduced. Next was the armour panels. I managed to achieve the green effect with some advice from several people in AT18 group, as there are many people in there that collect Legio Defensor. (I don’t blame them!)

It was a gentle airbrush blend of Vallejo’s Light Livery Green into Escorpena Green into Goblin Green. 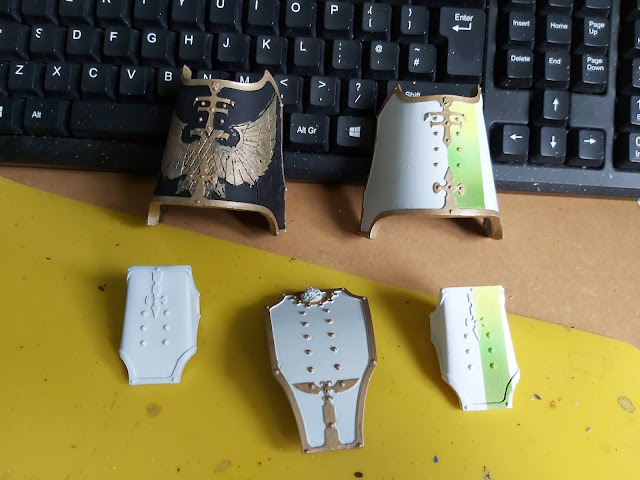 After this point I steadily worked on the armour panels carefully, having one accident when using Humbrol’s Maskol which peeled away and damaged some of the armour panels on the legs. Thankfully I was able to carefully paint over some white and the mistake is relatively well hidden.

This update ends on the completion of the legs. I’ve now started working on the main body and I sincerely hope it isn’t another 2 years until the next update, I’ll do my best to make sure its not! 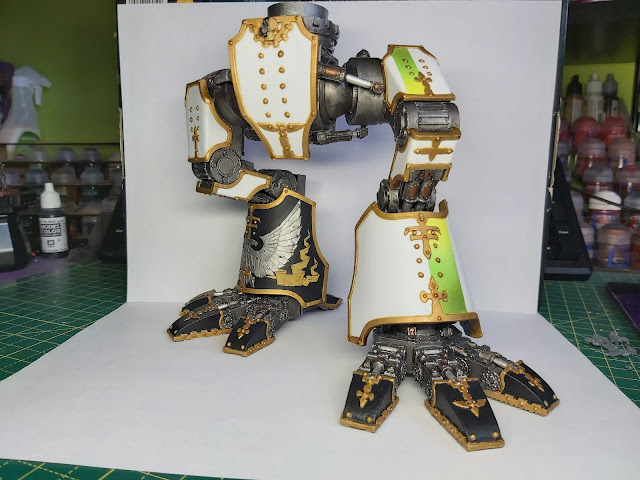 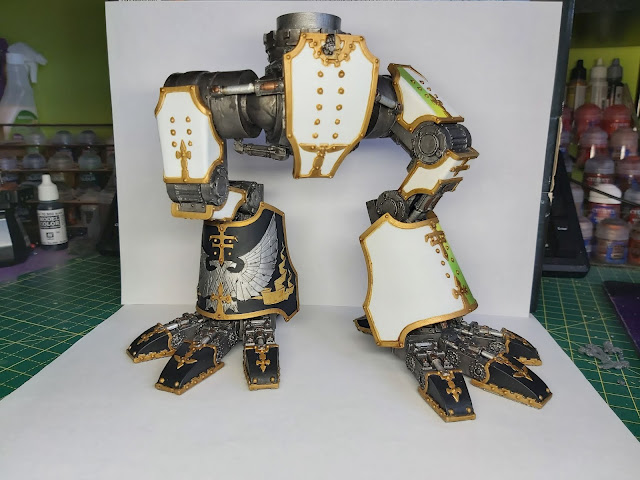 {I really can't wait to see the finished Engine. Defensor is my personal favourite Legio too. T.O.C Drake}
Posted by Titan Owners Club at 18:00:00