Have plenty of Titanicus models but don't want to grab a starter box because you have what you need already?  Need a backup copy of your beloved hardback book or the dog ate your old one?  TOC has been granted a chance to do a review for you guys in advance.

Today the hardback rulebook goes up for pre-order in a solo fashion for the first time! 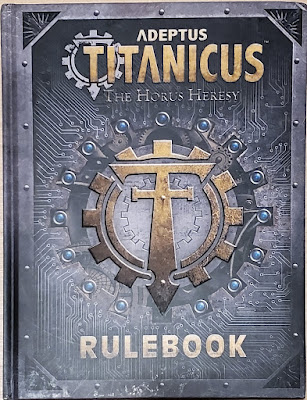 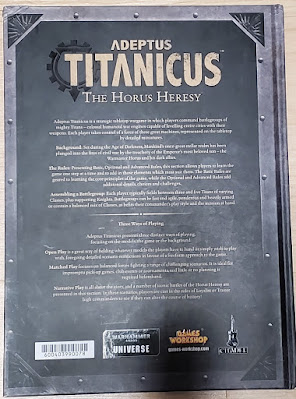 But, there's a catch.

We're going to call this a six of one, half a dozen of the other issue.  Let's get the ugly part out of the way first:

This is the exact same book that first dropped in 2018.  There are no changes to what we first got and you still need to get the errata to play.  The paperback part of the current set has updated rules that have small tweaks, though not all that we are aware of.

To be fair, GW never said this book was updated.  And we've also checked it to see if any of these errata were worked in.  They weren't.  Yes, this is a negative.  So where are the positives?

"Why should I get the out of date book" is a very good question here.  Here's where things are worthwhile:

1.) We aren't sure the paperback version has all of the errata to begin with, so BOTH books are pretty much in the same boat.

2.) This is a STANDALONE release in case you need the rules.  You don't have to hit up eBay or buy an entire box.  This really helps players who got in with a friend but didn't have a copy of the book for themselves.

4.) You're going to get the same quality and amazing setup you got the first go around.  This becomes a great introduction for newer players.  Check out our review to see what you're getting into.  You won't be disappointed. 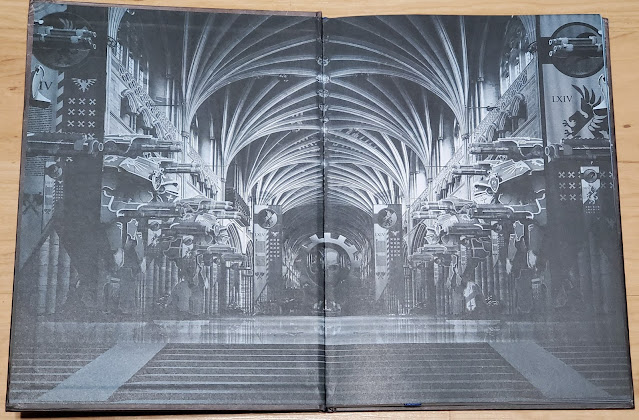 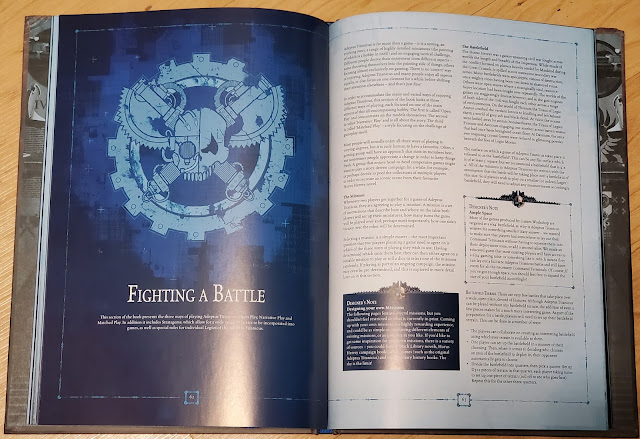 Admittedly, we're a bit miffed not to see the errata worked in.  With that said, we're still recommending this as a good solo product of the book.  It opens up the market to newer players or those that got in with a friend.  It gives you a durable book that isn't sitting on a million errata to begin with like a major edition change of Warhammer 40,000.  Inexpensive, accessible, durable, and still some amazing eye candy in there.  If you need a copy of the Adeptus Titanicus rulebook, this is the better version to grab anyway.