Owner: Adie H
Location: South Yorkshire UK
Comments: 2661 had a sketchy start, as I was unlucky with receiving an initial bad cast from Forge World, it had too many problems to sort out sadly. I took the faulty one back for this replacement. They kindly let me keep the cert 2661. I wanted to use this as part of its naming, as a second attempt, the second coming, a quick Internet search along those lines brought up The Last Judgement! I thought it was fitting for this Titan! Photographed with its sister Reaver from the Maniple 2661 and 2442 together!
Photos:
COMPLETED PHOTOS: 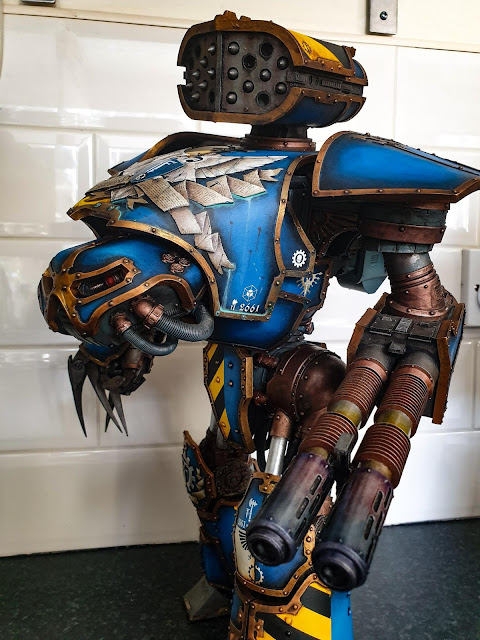 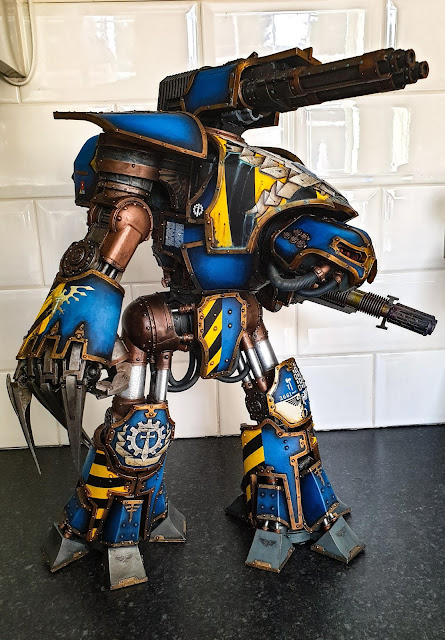 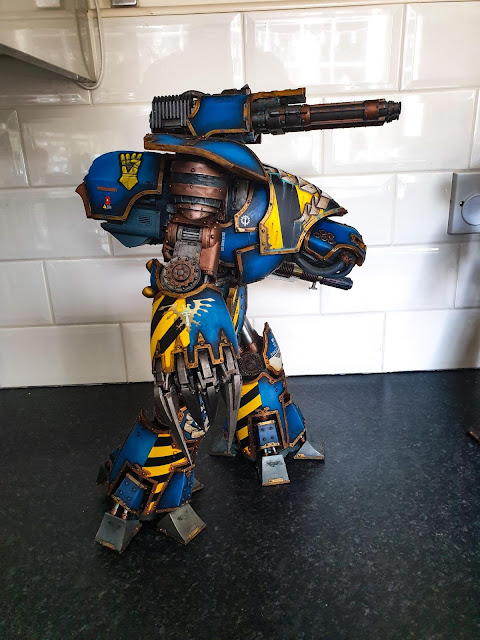 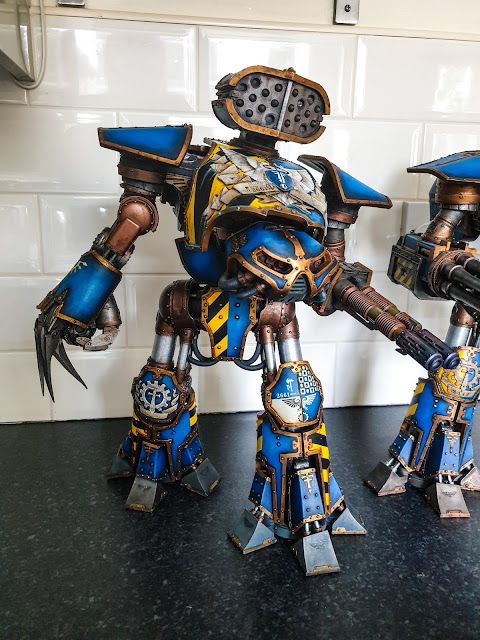 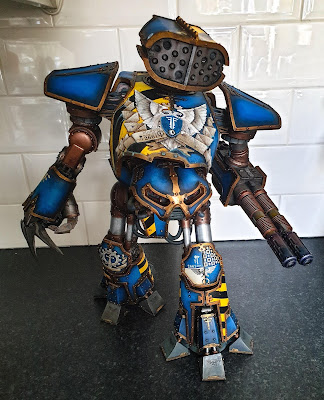 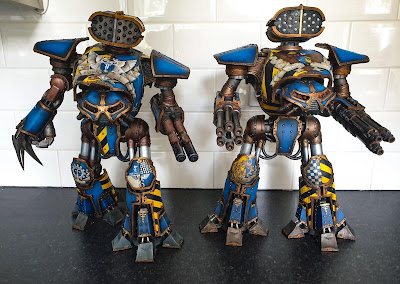 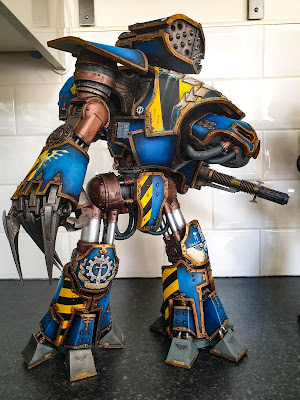 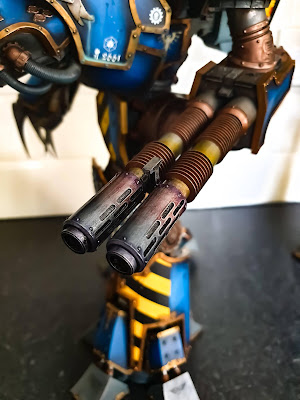 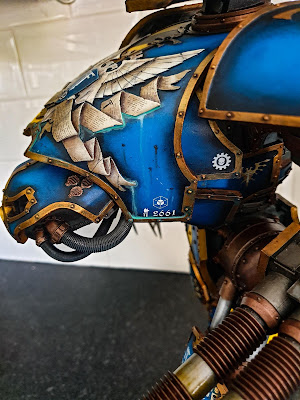 Great weathering and certificate number appears on the carapace and knee 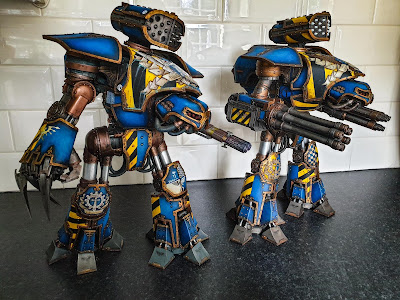 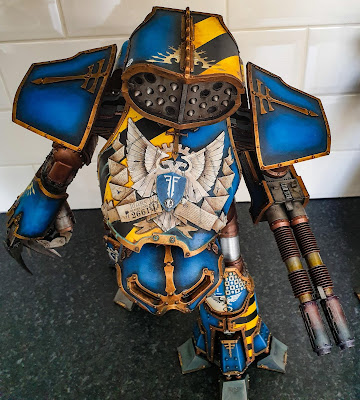 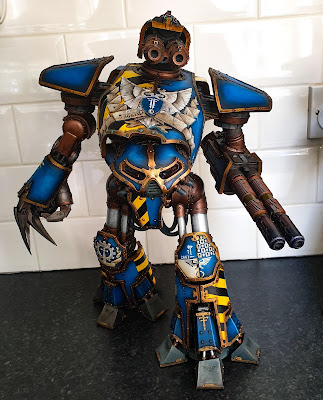 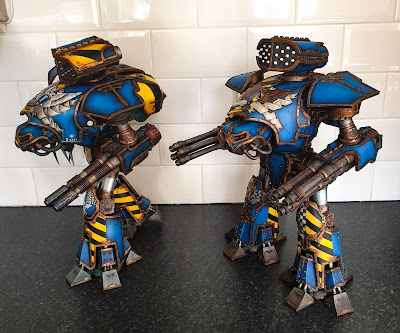 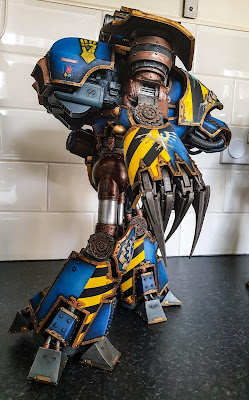 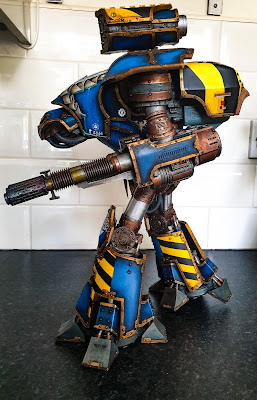 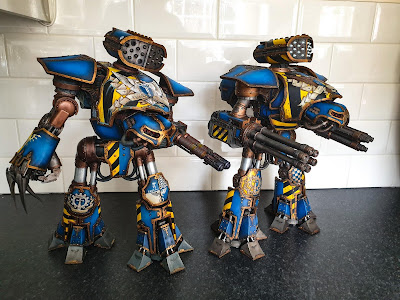 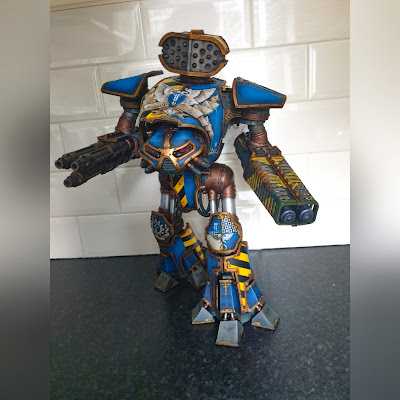 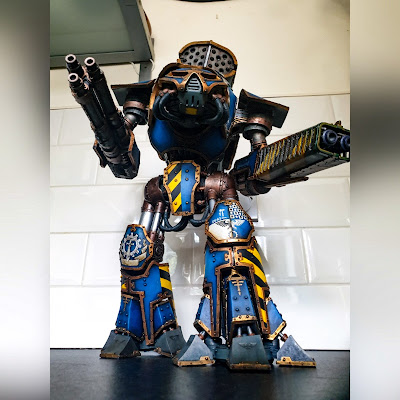 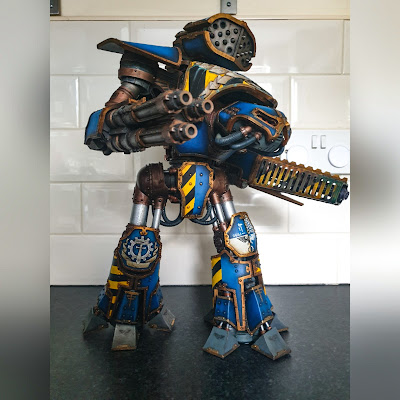 Another great titan added to Princeps Adie's large Maniple, really great progress, I hear a Warbringer Nemesis is next on the to-do list...
Thankyou to Princeps Adie for registering another superb Titan.