Owner: Nic A.
Location: West Australia, Australia
Comments: An early goal of the Explorator fleet has been achieved, and a demi-moon last recorded settled in M34.2016 has yielded scans showing salvagable imperial wreckage! Amongst the wreckage, a mighty God Machine of unknown lineage! In the absence of effective communications with the Fabricator Locum of Mars, the esteemed and honourable Magos Dominus Veritas has seen fit to build this God-Machine to its deserved condition and induct it into the forces of the Explorator fleet, the better to allow its ancient machine spirit to be avenged!

The forces of Stygies - Explorator Fleet Galactica Gamma Seven are assembling as well, the raw recruits collected en route providing excellent gene-stock for the Ark Mechanicus' Skitarii cloning and training facilities. Pictured are the humble escorts for the God-Machine in their current strength, with an unknown adeptus astartes element alongside.
Photos: 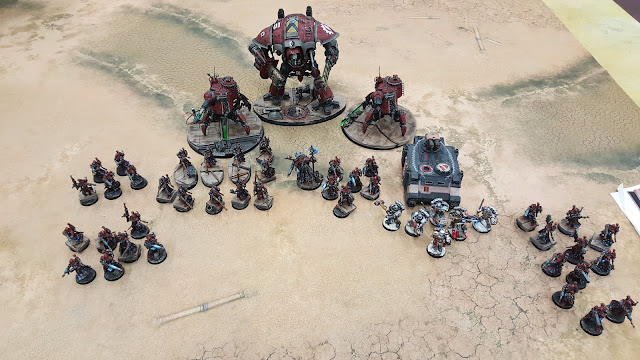 Legio Audax's Reaver shall not want for protection. 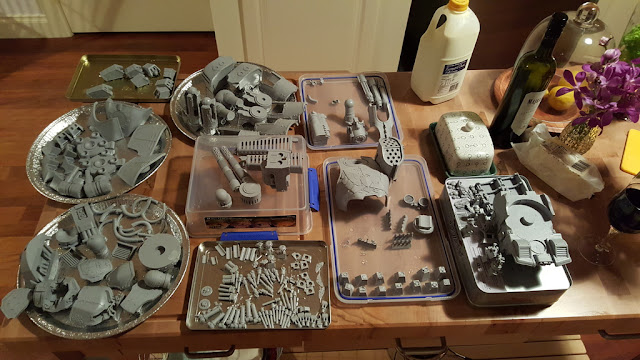 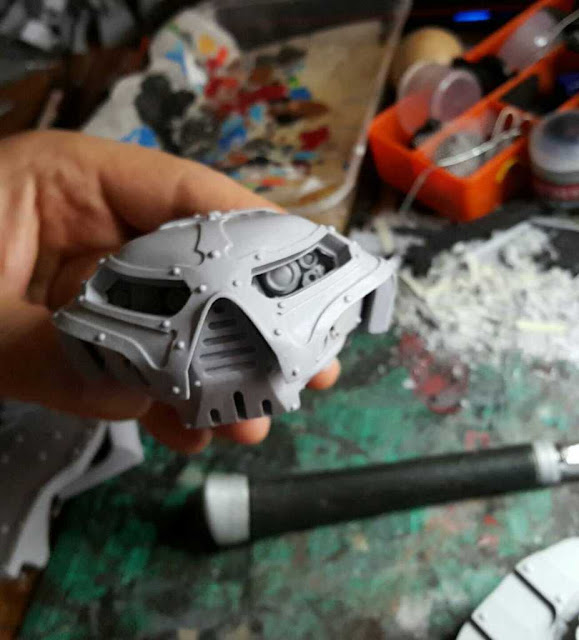 The start of the head unit. 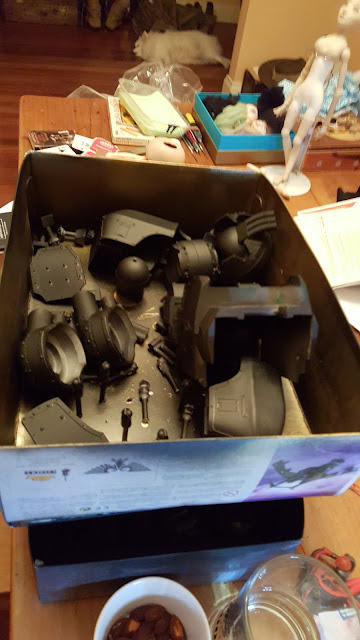 Getting primed for the Rites of Colors. 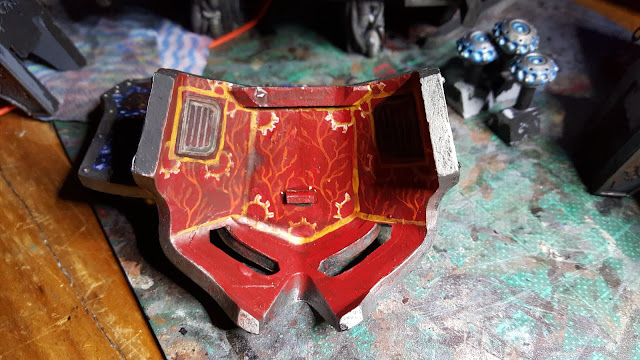 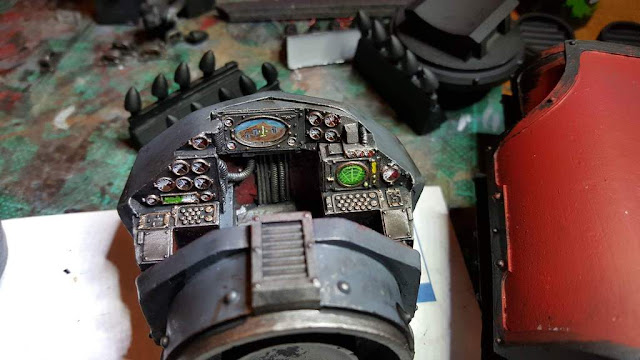 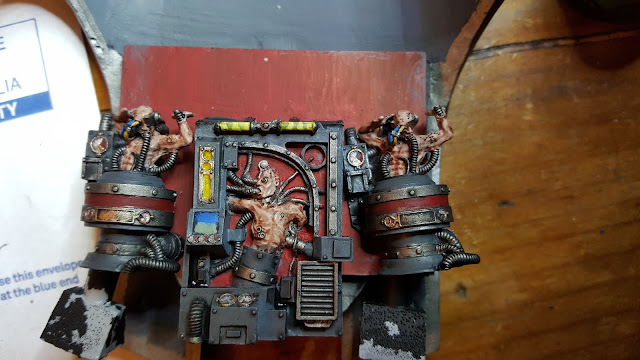 Working on the internals and the hard-wired servitors. The armor panels are coming to life, and some custom made epaulets have been added. 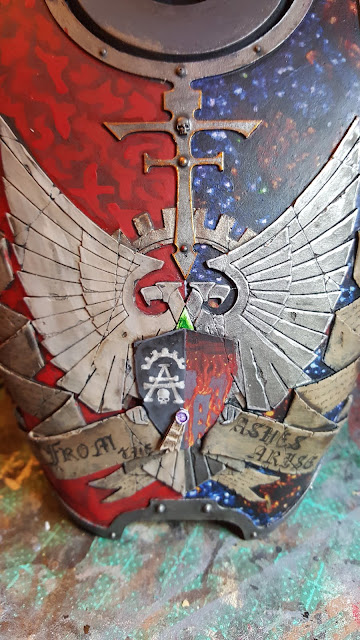 Beautiful work on the carapace. 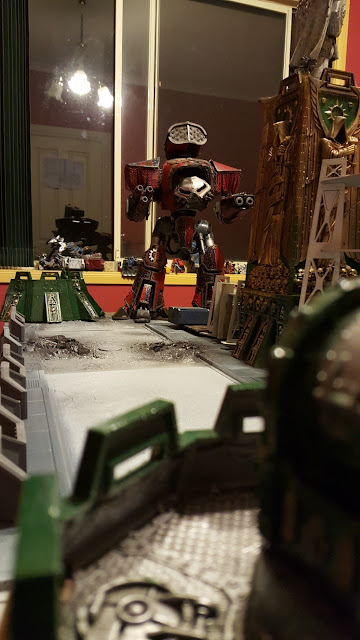 This is what it looks like to stare down a Reaver Titan. 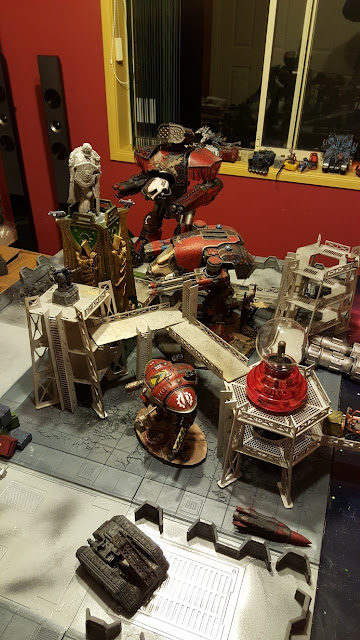 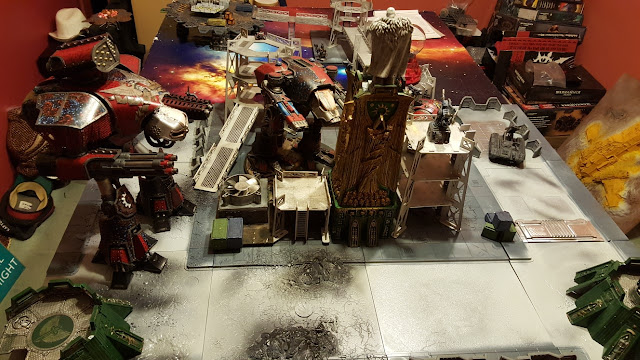 The Titans are enough to shatter an entire base with ease.

Great story and we eagerly await the development of this Reaver - TOC
Posted by Shadow at 13:12:00