It's been over half a year since the last Global Battlefield update and a lot has happened, so much so that it's why we delayed its update.  Now that things are quiet and our backlogs are "mostly" cleared out, we feel comfortable showing you some data that we don't expect to see any seismic shifts yet.

We're actually working to update the database to help us "repair" the Global Battlefield in the UK and we're creating a system among the staff to make sure the County is properly reflected when submissions go up.  This means future Global Battlefield maps will be more accurate.  We'll do our best to have something for you on the next update since we know if we showed it off today you'd be calling out the same errors that already exist.

There is nothing new to report in Germany and Australia, so we have no updated maps for you.

Canada is just shy of the 15 Titan mark where the Club creates a branch and also begins tracking it further on the Global Battlefield.  Keep it up!

The UK actually has had the most growth overall since our last update but it seems that our second-fastest growing nation saw many shifts in its landscape and a large geographic spread in its growth.  Many states flipped from neutral to Traitor and the insidious spread of Chaos saw it affect two new Regions.  However, many neutral states also flipped to Loyalist and the two forces doggedly pursue one another. 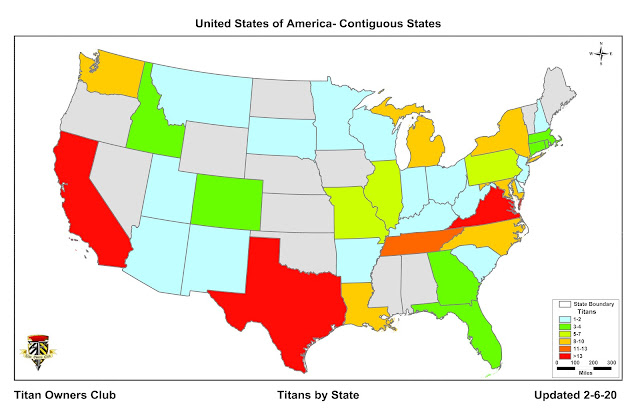 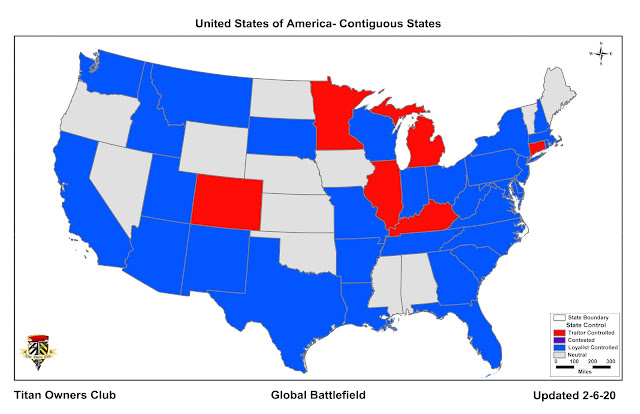 There really doesn't seem to be much that's changed when you look at it in high level.  Control of nations seems not to have flipped at all and the relative Titan counts are the same.  Still, it shows just how much reach the Club has had.  Excellent work. 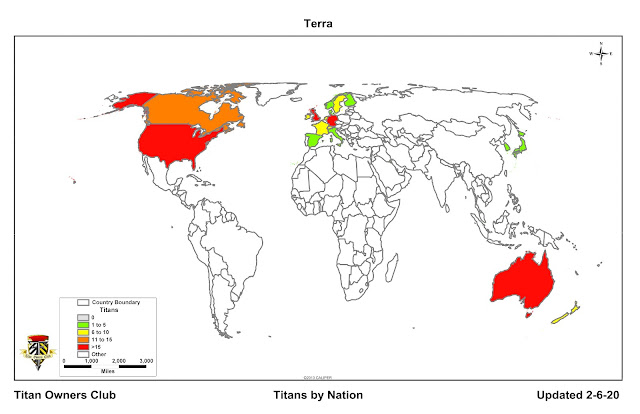 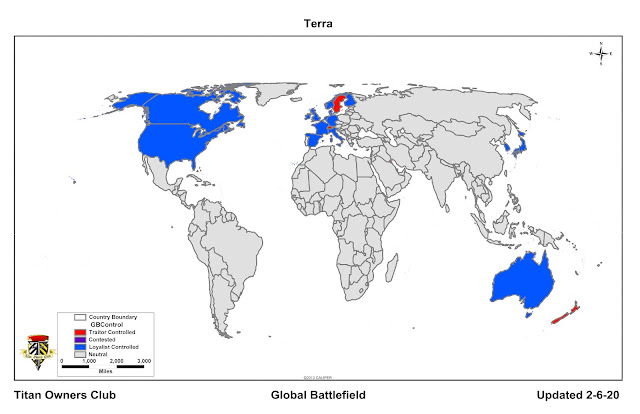