Titan Hangar- And Books Too

Titan Hangar is a celebration of where the TOC engines fight on a routine basis.  The first place of mayhem is Shadow's own local FLGS, And Books Too in Louisiana.  This store is the home base of Natus Est Tempestas, Venator Lupus, Augusti Fortuna, Execratus, Invictus Nova, the Triumvirate of Spirits, the Lance of Rebirth, and the Fire Storms of Rexis. 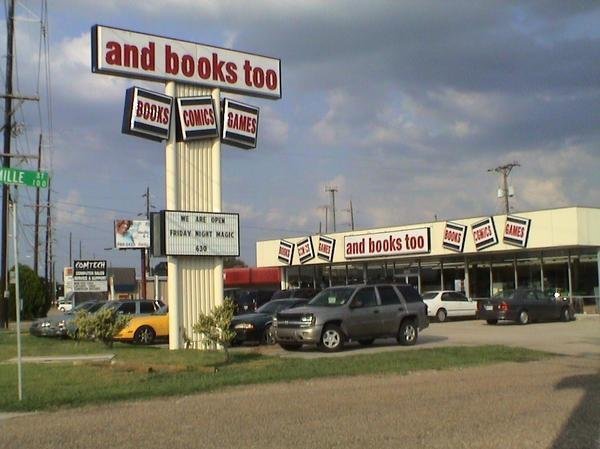 For these Banners and Titans, it's home field all the time.  And Books Too is nestled in the heart of "Cajun Country", as it's called, and the mix of people and food are always a treat, usually featuring prominently in any event that the TOC members participate in.  The store's manager, Jeff, is a constant fixture at the store and is the driving force behind why the store caters to its players as well as it does. 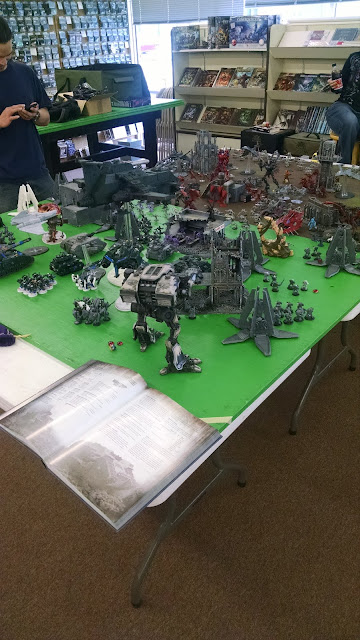 Venator Lupus in action at one of the Thanksgiving Massacre events.

Seven different Titan/Banner owners (some not registered on TOC) call the store home and play games several times a year.  The reason we don't have an exact number of games played at the store is because Jeff has a very simple policy for the players: laissez-faire.  So long as the players stay relaxed, coordinate with the store, and keep the place clean, then they're welcome to show up with their large models whenever they wish.  They're even willing to do extended hours for special games, including the annual Thanksgiving Massacre held by a local group. 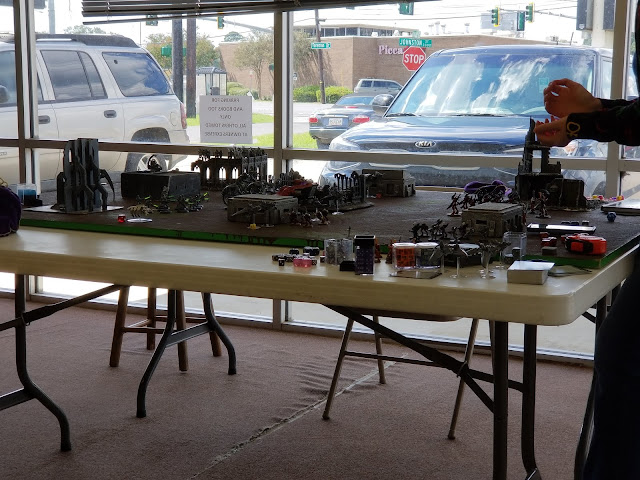 Trey and Rose, two of TOC's Banner owners, get in a regular game of 40k. 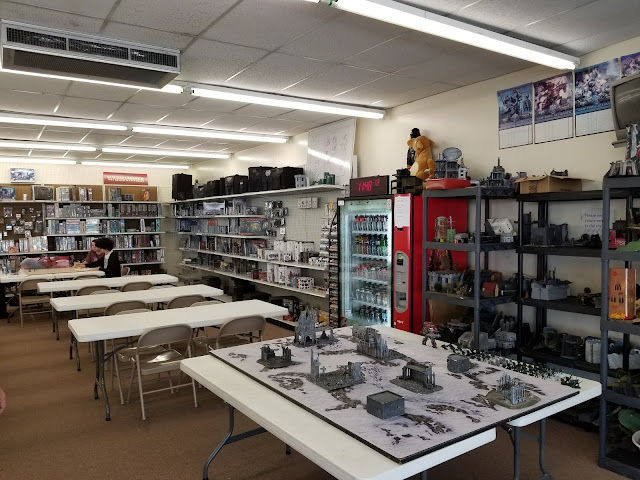 The store offers a wide variety of 40k, AoS, board games, and more, giving players free reign over the tables and terrain as needed.


It's not uncommon for the store's larger games to take up a lot of space, and even then, the store has plenty of room to spare.  Not only that, but it caters to comics (it's main niche), Age of Sigmar, Magic: the Gathering, and many more game systems.  It's a place for gamers of all stripes and is certainly a welcoming hangar for TOC Titans.
Posted by Shadow at 20:01:00